How Long Does It Take to Mine 1 Bitcoin? All About Mining of Bitcoin

Bitcoin has been around since 2009, but it wasn’t until 2017 that it really started to take off. The value of a single bitcoin skyrocketed from $1,000 to almost $20,000 in just 12 months! If you’re curious about how Bitcoin works and how you can start mining your own coins, keep reading. In this blog post, we will discuss everything you need to know about Bitcoin mining in Dubai and all over UAE. 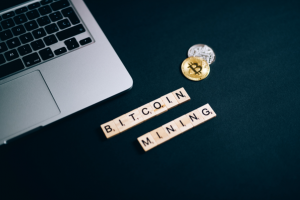 Bitcoin is a decentralized digital currency, without a central bank or single administrator, that can be sent from user to user on the peer-to-peer bitcoin network without the need for intermediaries. Transactions are verified by network nodes through cryptography and recorded in a public distributed ledger called a blockchain. Bitcoin is unique in that there are a finite number of them: 21 million.

How Bitcoin is it mined

Bitcoins are created as a reward for a process known as mining. They can be exchanged for other currencies, products, and services. Over 100,000 merchants and vendors accepted bitcoin as payment. Mining is a record-keeping service done through the use of computer processing power.

Miners keep the blockchain consistent, complete, and unalterable by repeatedly grouping newly broadcast transactions into a block, which is then broadcast to the network and verified by recipient nodes. Each block contains an SHA-256 cryptographic hash of the previous block, thus linking it to the previous block and giving the blockchain its name.

How long does it take to mine 1 Bitcoin?

Mining a Bitcoin can take anywhere from a few days to a few months, depending on the speed of the miner and the difficulty of the network. In general, it takes around 10 minutes to mine a Bitcoin. However, this time can vary significantly depending on the processing power of the miners involved and the difficulty of the network. For example, when the network first launched in 2009, it took approximately 6 days to mine a single Bitcoin.

However, as more miners joined the network and processing power increased, the time required to mine a Bitcoin decreased. Today, with sophisticated mining rigs and large-scale operations, it is possible to mine a Bitcoin in as little as 10 minutes. However, for smaller miners with less powerful equipment, it can still take several days or even weeks to mine a single Bitcoin.

How does the mining process work?

Bitcoin is a cryptocurrency that relies on a process called mining to create new units of the currency. In traditional fiat currencies, like the US dollar, governments print new money when it is needed. With Bitcoin, there is a set limit of 21 million bitcoins that can ever be mined. When someone wants to buy something using Bitcoin, they send a transaction request to the Bitcoin network.

Miners then compete to confirm the transaction by solving complex mathematical problems. The first miner to confirm the transaction is rewarded with newly minted bitcoins. Because there is a finite supply of bitcoins, and because each confirmation takes time and requires substantial computing power, the cryptocurrency has value. As more and more people begin to use Bitcoin, the demand for the cryptocurrency increases, and so does its value.

What are the benefits of mining Bitcoin in Dubai?

Dubai is one of the world’s leading centers for cryptocurrency trading. The city has a number of advantages that make it attractive to cryptocurrency investors and miners.

First, Dubai has a large and well-established financial sector that provides access to capital. Second, the city has a favorable tax regime for cryptocurrency businesses. Third, Dubai has a rapidly growing population of tech-savvy young adults who are comfortable with using new technologies. Finally, the city is home to a number of cryptocurrency exchanges, making it easy to buy and sell cryptocurrencies.

How to start mining Bitcoin in Dubai

Mining Bitcoin in Dubai is a relatively simple process. First, you’ll need to obtain a mining rig. This can be done by purchasing one outright, or by leasing space from a mining facility. Once you have your mining rig set up, you’ll need to connect it to the internet and run the mining software. The software will automatically begin mining for Bitcoin.

However, it is important to note that mining success is not guaranteed. In order to increase your chances of success, you’ll need to invest in a powerful mining rig and join a mining pool. By working together with other miners, you’ll be able to increase your collective hashing power and improve your chances of finding blocks. With some luck, you should be able to start generating some substantial profits from Bitcoin mining in Dubai.

What are the challenges of mining Bitcoin?

Mining Bitcoin can be a rewarding experience. Cryptocurrency mining allows you to validate transactions on the Bitcoin network and earn rewards in the form of newly minted Bitcoins. However, mining is also a resource-intensive activity, and it comes with a number of challenges.

First, mining rigs require a large amount of energy to operate, which can lead to high electricity bills. Second, mining rig hardware can be expensive, and it may not be cost-effective to mine Bitcoin if the price of the cryptocurrency is low. Finally, mining pools may charge fees, and some countries have restrictions on cryptocurrency mining. Despite these challenges, mining Bitcoin can be a lucrative activity for those who are willing to invest the time and resources.

How to sell Bitcoin after mining in Dubai

There are a few things to keep in mind when selling Bitcoin in Dubai. First, make sure that you have a good understanding of the market. This means keeping up with changes in prices and conditions.

Second, find a reputable Bitcoin shop like Coinsfera. There are several other bitcoin shops available, but not all of them are equally trustworthy. Do some research to find an exchange that has a good reputation.

Third, sell your Bitcoin for dirhams. Dirhams are the currency of Dubai, and most people will want to be paid in dirhams. Finally, remember to pay any taxes that may be due on your sale. Selling Bitcoin is a relatively straightforward process, but it’s important to do your homework first. With a little bit of preparation, you can sell Bitcoin in Dubai easily and confidently.

How much does it cost to start mining Bitcoin in Dubai

Cryptocurrency mining is an energy-intensive process that requires specialized equipment and software. In order to start mining Bitcoin in Dubai, you would need to make a significant investment in hardware and software, as well as have a reliable source of power.

The cost of mining Bitcoin can vary depending on the price of Bitcoin and the difficulty of mining, but it typically costs between $5,000 and $10,000 to start mining. If you are interested in mining cryptocurrency, it is important to do your research and understand the risks involved.

Cryptocurrency mining is a complex process and there is always the potential for lost or stolen funds. Before you start mining, be sure to educate yourself about the risks and rewards of mining Bitcoin in Dubai.

Is it better to buy bitcoin or mine it?

When it comes to acquiring bitcoin, there are two main options: buy or mine. So, which is the better option?

There are a few things to consider when making this decision. First, mining requires a significant up-front investment in hardware and electricity. Second, mining is a very competitive process, so unless you have access to cheap power and efficient mining equipment, you may not be able to turn a profit. Third, because the price of bitcoin is constantly fluctuating, there’s no guarantee that your mined bitcoins will be worth more than the cost of your investment.

On the other hand, buying bitcoin is a simpler process, and there’s no risk of losing money if the price goes down. You can also buy bitcoin in smaller increments, which may be more affordable than mining. However, you’ll need to find a reputable Bitcoin shop or broker that offers you to buy bitcoin in Dubai, which can be tricky.

Ultimately, whether you buy or mine bitcoin depends on your individual circumstances. If you’re willing and able to make a significant up-front investment, have access to cheap power, and are confident in your ability to compete with other miners, then mining may be the better option for you. However, if you want a simpler process and don’t mind paying a higher price for bitcoin, then buying may be the better option.

The future of Bitcoin and its impact on global economies

The future of Bitcoin and other cryptocurrencies is shrouded in uncertainty. While some experts see it as a revolutionary new currency that will upend traditional banking systems, others view it as a speculative bubble that is bound to collapse. However, one thing is certain: mining cryptocurrency is becoming increasingly energy-intensive.

The Bitcoin network currently consumes more electricity than the entire country of Switzerland, and miners are constantly seeking out new sources of cheap power. As the mining industry continues to grow, it is likely to have a significant impact on global energy markets. In the future, Bitcoin could play a major role in shaping the world’s economy – but only time will tell whether it will be for better or for worse.

Where Can I Buy Bitcoin in Dubai?