Have you heard of bitcoin? Chances are, if you’re reading this blog post, the answer is yes. Bitcoin has made quite a name for itself in recent years, with its meteoric rise in value and adoption by major companies across the world. But what exactly is bitcoin, and why has it become so popular?

In this article, we’ll take a look at the history of bitcoin, how it works, some of the implications of its use, and why so many intelligent people around the world are buying it. We’ll also discuss if you should buy bitcoin in Dubai with cash and if so, how. So whether you’re new to the world of bitcoin or are just looking to learn more about it, read on. 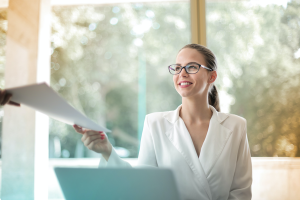 Bitcoin is a decentralized digital currency, without a central bank or single administrator, that can be sent from user to user on the peer-to-peer bitcoin network without the need for intermediaries. Transactions are verified by network nodes through cryptography and recorded in a public distributed ledger called a block chain.

Bitcoin was invented by an unknown person or group of people under the name Satoshi Nakamoto and released as open-source software in 2009. Bitcoins are created as a reward for a process known as mining. They can be exchanged for other currencies, products, and services. As of February 2015, over 100,000 merchants and vendors accepted bitcoin as payment. Bitcoin can also be held as an investment. According to research produced by Cambridge University in 2017, there are between 2.9 million and 5.8 million unique users using a cryptocurrency wallet, most of them using bitcoin.

Why Are Intelligent People Attracted to Bitcoin?

There are many reasons why intelligent people are attracted to bitcoin. Some see it as a way to hedge against inflation, believing that the value of the currency will increase as the supply of new bitcoins decreases. Others view it as a way to element political risk because the decentralized nature of the blockchain means that no government can control the currency. And still, others believe that bitcoin will become a mainstream payment system within the next few years, as more and more businesses begin to accept it.

Whatever the reason, there is no doubt that bitcoin has attracted a lot of attention from some of the smartest people in the world. And with its price reaching new highs in 2021, even more, people took notice of this digital currency in the previous months.

The reason behind the popularity

It’s no secret that Bitcoin has been on a roll lately. The price of a single Bitcoin has surged to over $60,000 in 2021, and the total market value of all Bitcoins in circulation has topped $1 trillion. But what’s behind this impressive run? Some experts believe that the popularity of Bitcoin is being driven by a combination of factors, including macroeconomic trends, institutional investment, and public awareness.

Second, institutional investment is playing a big role in the popularity of Bitcoin. In recent months, we’ve seen an influx of institutional investors into the space, including major companies like Square and Tesla. These companies are adding legitimacy to the asset class and helping to drive mainstream adoption.

Finally, public awareness of Bitcoin is also on the rise. Thanks to high-profile endorsements from celebrities like Elon Musk and Jack Dorsey, more people are becoming aware of Bitcoin and its potential as an investment. Additionally, the recent surge in price has also generated a lot of media coverage, which is further raising awareness of the asset.

Should You buy it?

Bitcoin is one of the most popular cryptocurrencies in the world, and its popularity is only increasing. More and more people are investing in Bitcoin, and many experts predict that the value of Bitcoin will continue to rise in the coming years. So, should you buy Bitcoin in UAE?

There are a few things to consider before making your decision. First, do your research and understand what Bitcoin is and how it works. Then, consider your investment goals and risk tolerance. These factors will help you decide whether or not buying Bitcoin is right for you.

If you do decide to invest in Bitcoin, be sure to diversify your portfolio and invest only what you can afford to lose. Bitcoin is a volatile asset, so it’s important to remember that there’s always a chance you could lose money. However, if you’re prepared for the risks, investing in Bitcoin could be a great way to secure your financial future. You can buy it from the world’s famous OTC Bitcoin shop Coinsfera.

Bitcoin mining is the process of verifying and adding transactions to the public ledger, known as the block chain. Transactions are verified by Bitcoin miners using Complex algorithms. Miners solve computational problems that allow them to string together blocks of verified transactions. They are then rewarded with newly minted Bitcoins. In order to be competitive, miners must have powerful computer systems that can quickly solve these complex problems.

The rewards earned by miners help to incentive others to join the network and keep it secure. As more people join the network, the difficulty of the computational problems increases, making it necessary for miners to invest in ever-more-powerful computer systems. By working together, miners can help to ensure that the Bitcoin network remains secure and accessible to all. People who have mined it can sell bitcoin in Dubai for cash.

Should you mine bitcoin?

When bitcoin first launched in 2009, it was possible to mine the digital currency using a home computer. However, as more and more people began mining bitcoin, the computations became increasingly difficult. Today, bitcoin mining requires specialized hardware known as an ASIC (Application Specific Integrated Circuit). If you’re thinking about beginning to mine bitcoin in 2022, here are a few things to keep in mind. First, you’ll need to invest in a good ASIC miner. Second, you’ll need access to cheap electricity, as mining can be quite power-intensive.

Finally, it’s important to remember that the global bitcoin mining community is very competitive. So, even if you have the best equipment and cheapest electricity costs, there’s no guarantee that you’ll be profitable.

Why Is Bitcoin So Valuable?

There are several reasons why Bitcoin is considered valuable. First, there is a limited supply of Bitcoin. Only 21 million Bitcoin will ever be created, which makes it rarer than gold. Second, Bitcoin is useful as a form of payment. It can be used to purchase goods and services online without the need for a third party (such as a bank or credit card company). Third, Bitcoin is decentralized, meaning it is not subject to the control of any single government or financial institution.

This makes it resistant to inflation and ideal for investors looking for long-term growth potential. Lastly, Bitcoin has a strong track record of appreciation. Since its launch in 2009, the value of Bitcoin has risen from less than $1 to over $10,000 – making it one of the most successful investments in history. Also, people can buy real estate with bitcoin in Dubai which is another fascinating factor that makes it more valuable.

Bitcoin as the Future Currency

The future of money is digital. There’s no doubt about that. But what will that digital currency look like? Some say it will be based on gold, others say it will be a new fiat currency issued by the government. But there’s another possibility: Bitcoin.

Bitcoin is a decentralized digital currency that is not subject to the control of any government or central bank. That means it could potentially be used as a global currency, without the need for conversions or exchange rates. And because it’s not subject to inflation, it could also serve as a store of value, much like gold.

Of course, Bitcoin is still in its early stages, and it remains to be seen whether it will gain widespread adoption. But if it does, it could well become the currency of the future. If you want to dip your toes safely in Bitcoin, be sure to perform complete research.

The Downsides of Digital Currency

It’s impossible to say for certain what Bitcoin will be worth in 2025. The value of Bitcoin is highly volatile and depends on a number of factors, including market demand, regulatory changes, and global economic conditions. However, some experts have made predictions about where the price of Bitcoin might be headed. In 2020, investment firm ARK Invest estimated that Bitcoin could reach $500,000 per coin by 2025.

Similarly, hedge fund manager Tim Draper predicted that the price of Bitcoin could hit $250,000 by 2023. While these predictions are admittedly speculative, they suggest that Bitcoin could continue to rise in value over the next few years. Of course, it’s also possible that the price of Bitcoin could drop in the coming years. So far, the cryptocurrency has shown a remarkable ability to recover from even the steepest sell-offs. As such, anyone investing in Bitcoin should be prepared for both ups and downs.

It’s impossible to say definitively which cryptocurrency will see the biggest boom in 2022, as the market is highly volatile and subject to sudden changes. However, there are a few contenders that seem to be primed for success in the coming year. Bitcoin, the largest and most well-known cryptocurrency, is currently enjoying a period of renewed interest, thanks to its recent price surge.

Ethereum, meanwhile, is benefitting from increasing mainstream recognition, as well as a growing number of applications built on its blockchain. Finally, Litecoin appears to be positioned for continued growth, thanks to its comparatively low fees and fast transaction times. Whatever the future holds, it’s sure to be an exciting year for the world of cryptocurrency.

Will Bitcoin continue to rise in 2022?

Bitcoin has seen a surge in value over the past year, with the cryptocurrency rising from around $7000 in 2020 to over $60,000 in early 2021. This rapid increase in value has led many investors to believe that Bitcoin could continue to rise in the coming years. However, there are also some signs that the Bitcoin bubble could be about to burst. For example, the total value of all Bitcoins in circulation is now close to $1 trillion, which is far higher than the actual underlying value of the currency.

In addition, there is a limited supply of Bitcoin, and if demand continues to outstrip supply then prices could start to fall. As a result, it is difficult to predict whether Bitcoin will continue to rise or fall in 2022. However, one thing is certain – the cryptocurrency market remains highly volatile and unpredictable.

Can Bitcoin go up again?

While the jury is still out on Bitcoin, it’s safe to say that the cryptocurrency has had a roller coaster of a ride over the past few years. After hitting an all-time high in late 2021, Bitcoin’s value tumbled sharply in early 2022, losing more than 50% of its value. However, Bitcoin has shown signs of life in the end of 2022 and in 2023, recovering some of its lost ground and even surpassing its previous high. So, will Bitcoin definitely go up? That’s difficult to say.

Cryptocurrencies are notoriously volatile, and predicting their future movements is often more guesswork than science. However, with Bitcoin becoming increasingly mainstream and more businesses beginning to accept it as payment, there’s a good chance that its value will continue to rise. Only time will tell for sure. 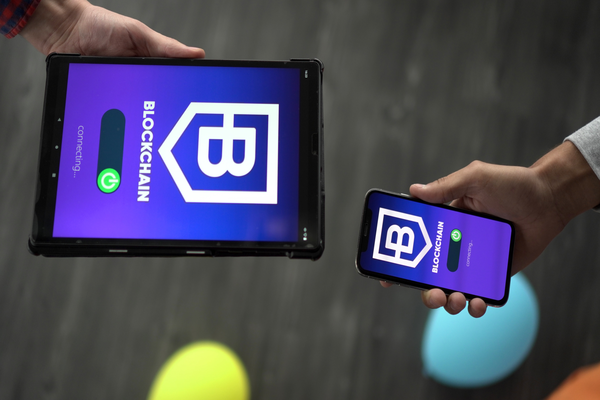 Best Crypto Wallet in UAE: How to Safely Store Your Cryptocurrency