After $190 Million of Digital Currency Was Stolen, Nomad is Offering a 10% Reward For Return of Funds 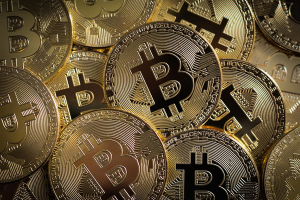 A hacked cryptocurrency startup, Nomad, is offering a 10% bounty for the return of its stolen funds. The company was attacked and lost $190 million worth of digital assets. Nomad stated that they are doing everything in their power to get their funds back. A 10% bounty is a small price to pay compared to getting our business back up and running. Other companies that have been hacked to do the same, as it would help create a safe and secure environment for all in the industry. So far, no one has come forward with any information about the stolen funds.

Nomad Delivery issued a statement pleading with the thieves who hacked its crypto wallets to refund the stolen funds. The company said it has so far recovered more than $20 million of the haul but is offering a reward for the return of the remaining funds. In its statement, Nomad Delivery said it sincerely apologizes for the incident and is working to improve its security measures to prevent future hacks. The company also said it is cooperating with law enforcement in its investigation of the theft.

The decentralized finance (DeFi) protocol Nomad announced that it will not take action against any hackers who return 90% of the assets they stole. Nomad said it will consider these individuals to be white hat hackers and believes that they are acting in good faith. Nomad will work with law enforcement to pursue those who do not return the stolen assets. This decision is likely to please the DeFi community, which has been calling for more lenient treatment of white hat hackers. Some have even argued that these hackers should be rewarded for their efforts, as they often help to identify weaknesses in protocols and make them stronger.

Nomad said it had been the victim of a “sophisticated” attack that resulted in the loss of an undisclosed amount of cryptocurrency. The company said that to track the stolen money and identify the criminals responsible for the assault, it is collaborating with blockchain analysis firm TRM Labs and law enforcement. It’s also in conversation with Anchorage Digital, a fully authorized U.S. bank dedicated to cryptocurrency custody, to store any cash that are recovered.This is not the first time a cryptocurrency firm has been targeted by hackers, as the value of cryptocurrencies continues to rise, it is likely that we will see more attacks like this in the future.

Whether or not Nomad’s decision will set a precedent for other DeFi protocols remains to be seen, but it is clear that the community is becoming increasingly tolerant of white hat hacking. No one knows yet whether the decision will be successful, but it has already generated a lot of discussion and debate. Only time will let everyone know whether Nomad will recover its $190 million worth cryptocurrency or not.

What is Slippage in Crypto?