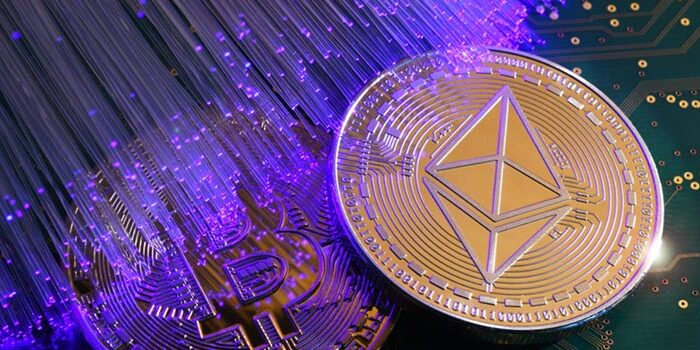 The popular analyst, known as Capo Of Crypto (CryptoCapo_), announced his new predictions for Bitcoin, Chainlink, and Ethereum.

The successful crypto analyst and trader, who accurately knew that Bitcoin will experience a sharp decline in March, announced his new forecasts. The analyst is bullish on two altcoins and believes both could be on the verge of a parabolic boom. Besides, the successful analyst explains how Bitcoin will trend after the elections.

The crypto strategist is watching Ethereum (ETH) and Bitcoin (BTC) closely as they may be in the early stages of the bull rally. According to the graph of CryptoCapo, the ETH / BTC pair may have ended the two-year bear market as the consecutively formed higher peaks and higher lows. If the ETH/BTC prints follow the analyst’s scenario, it could jump above 935% by the first quarter of 2022. 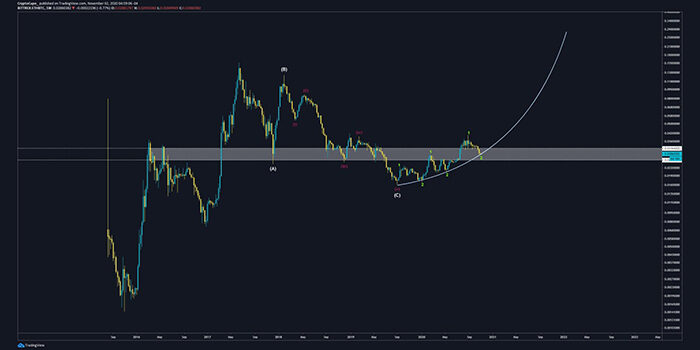 CryptoCapo also points to Chainlink (LINK), which he predicts could meteorically rise to above $ 880 before 2021 ends. These levels represent an increase of over 8,700% in cryptocurrency in 12 months.

Bitcoin Trajectory After Election According to Capo

When it comes to Bitcoin, Capo thinks the leading cryptocurrency will continue to consolidate in the coming days, before it ignites a strong uptrend. Capo Of Crypto adds the following to his statements on the subject: 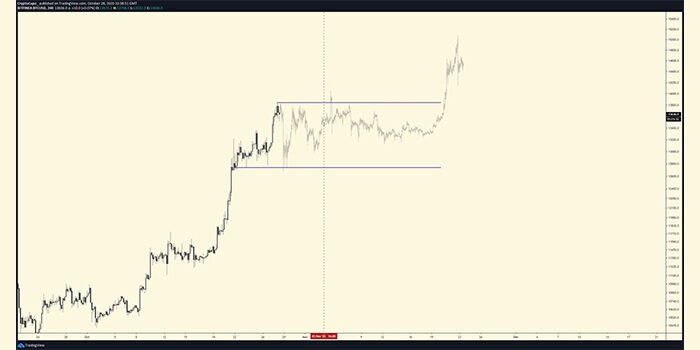 Capo Of Crypto had previously made successful predictions. Earlier this year, the pseudonymous analyst accurately predicted that Bitcoin would drop to $ 3,000, and XRP would reach $ 0.11.

DataDash founder and crypto analyst Nicholas Merten says in a new analysis that BTC is at a crucial level. The king crypto must hold at this level to maintain the uptrend.

“Bitcoin coming down here (around $13,300) over the last four hours, coming on to this very critical support line here that we saw where was resistance back here. It would be good if you wanted to make the narrative was going $14,000 or $14,500 here in this shortwave cycle that we’re currently in. You’d want to see this hold.

It’s looking relatively weak right now. The biggest four-hour candle volume since back here on the 31st of October. Might be enough to break it through and if we start to set in a lower low – this is our last really significant low here (around $13,200) – in that case, it would be spelling some bad news for Bitcoin.”