Cryptocurrencies Can Be Solution for The Cuban Citizens Money Transfer Problem 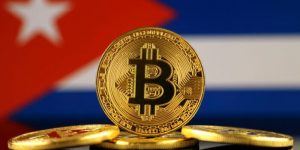 Google experiences an increase in Bitcoin-related searches on its platform. Interest in Bitcoin by Cuban citizens increased in recent months.

According to Google Trends, Cuba is the second country that searched most about Bitcoin. During the last 30 days, Cuban people searched about Bitcoin than before. Nigerian people lead the search list. Four of the top five countries are African countries. This result proves a significant interest in Bitcoin in the Africa continent. The USA sanctions to the country can be a reason for the increasing interest in Bitcoin in Cuba. Especially the finance sector of Cuba is a target for sanctions.

Popular Payment Systems Do Not Work in Cuba

Reportedly said that payment systems do not officially operate in Cuba. Major payment systems such as PayPal, Stripe are not available in the country. At the same time, due to the outbreak of a pandemic, borders are closed, and it is not easy to pass the borders. Many Cuban people work in the USA, and the shipping process of parcels or money to Cuba becomes hard under those conditions. In that sense, the Cuban people need an urgent solution to their problems.

Cryptocurrencies Can Be the Solution

According to blogger Erich García, one of the ways is to use blockchain technology to process the funds. Erich García, the YouTuber and programmer, said that usage of blockchain and cryptocurrency could remove the intermediary such as a bank in the money transferring process. He highlighted the role of USA sanctions as the main factor for using additional methods. He explained the process of how to send money with the help of Bitcoin. If you want to send money, you have to buy Bitcoin and send it to the address of the specified vendor, which serves as a bitcoin exchange. In the country, that exchange will convert your money to the Cuban currency. The sender has to have a wallet for their cryptocurrencies. If the receiver has the bank account, the exchange can send it to his account. Erich’s wife said that he learned from the internet.

So, with just an easy process, you can circumvent the sanctions and other intermediaries. Cuba-like countries can use the same methods to avoid it. According to the recent news, Iran also prepares to use cryptocurrencies against sanctions. This trend will continue further if countries face sanctions in the future.