The Bahamas Launches “Sand Dollar”, the Next CBDC 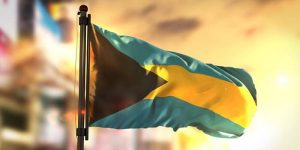 The Central Bank of Bahamas sets to launch its first central bank digital currency (CBDC), “Sand Dollar,” that will be first in the Caribbean.

The Bahamas make a significant step towards digital currencies. Bahamas will be the latest country to announce CBDC. According to the CoinTelegraph, Bahamas had plans to launch CBDC for several years. They will peg the value of the digital currency to the Bahamian Dollar, which in return, pegged to the USD. Officials announced this news on their social media accounts on Facebook, October 20.

This cryptocurrency will cover the Caribbean archipelago, which includes 700 islands. It is said to open for all residents of the country, which means that it will be the first country to do on a massive scale. They will include it in their ecosystems. In the official information, it is stated that the transaction fees will be low, which will serve to comfortable use. NZIA, the decentralized finance payment organization, partners with the Bahamian Central Bank to realize this project. The organization will play a role as a technology solutions provider.