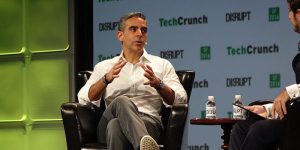 President of Facebook Financial, David Marcus, has commented on the major financial companies that have recently invested in Bitcoin. In a tweet, he noted that after PayPal’s move, many banks have gained a new incentive regarding cryptocurrencies. Co-founder and board member of Libra says the crypto industry is turning a new corner.

PayPal recently announced that it will support cryptocurrency transactions on the platform. Following the news, Marcus stated that he is enthusiastic about the influx of crypto support from big companies like PayPal. The head of Facebook’s cryptocurrency projects used to be president of U.S. digital payment giant PayPal. He served as PayPal president from 2013 to 2014. In 2014, Mark Zuckerberg convinced Marcus to join Facebook as the head of messaging products.

“Exciting to see more mainstream financial services players getting on the crypto bandwagon. Many banks, now pursuing BTC and stablecoins support after this week’s announcement by @PayPal. We’re turning a corner.”

Marcus pointed out that PayPal’s decision to adopt Bitcoin and other cryptocurrencies inspired banks to follow suit. After the announcement, many banks are now following BTC and stablecoin support. 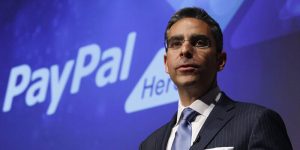 PayPal’s news comes after MicroStrategy and Square invested heavily in Bitcoin. The recent announcement that payments processor PayPal plan to support Bitcoin and three altcoins — Ether (ETH), Litecoin (LTC), and Bitcoin Cash (BCH) from next year has impacted the BTC price action. Following the news, the price suddenly jumped above $ 12,500. Then in a few days, it peaked at $ 13,200 and reached $ 13,370 on the weekend. The crypto industry saw the news as extremely bullish. Therefore, bitcoin traded above $13,000 for the first time since July 2019. Considering the number of users of PayPal, we can see how important this decision is for the crypto community. Some experts believe that the next step for PayPal is probably the launch of its crypto, likely a stablecoin.

Bitcoin Is a Maturing Asset

The consensus remains that Bitcoin has overcome a major adoption barrier. Last week, Chamath Palihapitiya, head of Virgin Galactic, tweeted in response to the PayPal announcement:

“After Paypal’s news, every major bank is having a meeting about how to support bitcoin. It’s no longer optional.”

JP Morgan’s latest report, released just a few days ago, also stated that Bitcoin could easily compete with gold in the future. The report author pointed out that, in the long run, cryptocurrencies can become more than just a store of value.

As a result, the latest data and news show that Bitcoin is a maturing asset and its adoption is increasing. This is an indicator that there could be a significant increase in price in the future. Even if, price calmed down a few days after hitting annual highs, it is still above $ 13,000. If more companies follow in the footsteps of Square and Paypal by buying and holding large amounts of bitcoin, the shrinking supply will continue to drive the price up.