How to Read Candlesticks Crypto 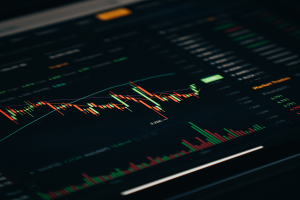 Reading candlesticks is an essential skill for any crypto trader. By understanding candlestick patterns, you can better predict future price movements helps you to stay sane during a crypto crash, and also helps you to make more informed trading decisions.

In this blog post, we’ll teach you how to read candlesticks crypto and identify common patterns.

We’ll also show you how to use these patterns to trade cryptocurrencies like Bitcoin and Ethereum and Alts. So if you’re ready to start learning, keep reading!

What Is a Candlestick crypto?

Candlestick crypto is a graphical representation of price action over a given period of time. Each candlestick typically represents one day (although other timeframes can be used), and contains four key pieces of data:

– The open price is the price at which the period started

– The close price is the price at which the period ended

– The high price is the highest price traded during the period

– The low price is the lowest price traded during the period

Candlesticks are useful because they provide a clear and concise way to visualize price action. These sticks play a major role to read crypto charts and take trading decisions accordingly.

The Anatomy of a Candlestick

The candlestick consists of four main parts: the body, the wicks, the upper shadow, and the lower shadow.

The wicks are the lines extending from the top and bottom of the body. They represent the highest and lowest prices that were reached during that time frame.

These patterns can be helpful in identifying potential price movements, but it’s important to remember that they are not guaranteed indicators of future price movements. Candlesticks should be used in conjunction with other technical analysis tools in order to make more informed trading decisions.

There are four main types of doji candlesticks: the longlegged doji, the dragonfly doji, the gravestone doji, and the inverted hammer.

It has a long upper shadow and a long lower shadow. This means that there was significant price movement in both directions but that the market ultimately closed at or near the open price.

It has a long lower shadow and a small upper shadow. This means that the market moved down significantly but then rallied to close near the open price.

It has a long upper shadow and a small lower shadow. This means that the market moved up significantly but then sold off to close near the open price.

It has a small upper shadow and a long lower shadow. This means that the market moved down significantly but then rallied to close near the open price.

This indicates that sellers were unable to push prices lower despite significant bullish pressure. The presence of a long lower shadow also tells us that there was buyer interest at current levels, which is another bullish sign. Ultimately, the hammer candlestick pattern is a strong indication that the market may be ready to turn back higher.

While it is possible for prices to continue falling after such a pattern forms, it is more likely that buyers will step in and push prices higher.

The shooting star candlestick pattern is one of the most reliable reversal patterns in crypto trading. As its name suggests, the pattern looks like a shooting star, with a small body and a long upper shadow. The pattern forms when there is a brief period of buying followed by heavy selling, which pushes the price back down towards the open.

As such, it is typically followed by a sharp sell-off. For this reason, many traders use the shooting star as a  signal to enter short positions.

The hanging man candlestick pattern is a bearish reversal signal that can be found at the top of an uptrend. It is formed when candlesticks have a small body with a long lower shadow and little or no upper shadow. The longer the lower shadow, the more bearish the signal.

The hanging man indicates that bulls are losing control and bears are gaining ground. The pattern is confirmed when the price closes below the hanging man’s opening price.

The hanging man candlestick pattern is a very reliable indicator, but like all indicators, it should be used in conjunction with other technical analysis tools to confirm signals. When used correctly, the hanging man can help traders to enter profitable short positions which leads to crypto profits. To calculate crypto profits, there are plenty of methods that can be used.

This pattern is created when the price action creates lower highs and higher lows, forming a converging triangle. The triangle pattern can be either bullish or bearish, depending on the direction of the breakout. If the price breaks out to the upside, it is a bullish signal, indicating that the price is likely to continue to rise.

However, if the price breaks out to the downside, it is a bearish signal, indicating that the price is likely to continue to fall. Traders often watch for triangle patterns in order to identify potential breakout points.

How to Read the Candlestick Crypto Charts

There are certain indicators that can help read the candlestick crypto charts. They are necessary to learn by traders as the crypto market is in turmoil as the biggest coins fall to their lowest levels of the year and people who are trading without basic knowledge of candlesticks are in huge losses. Following indicators can make the trading experience better.

First of all, it is necessary to understand the different time frames that are available. The most common time frames are 1-minute, 5-minute, 15-minute, 30-minute, 1-hour, 4-hour, and 1-day. Each time frame gives you a different perspective on price movements.

For example, a 1-day chart will show you the general trend over the past day, while a 1-minute chart will show you much more granular movements. As you become more familiar with crypto trading, you’ll start to develop a feel for which time frame works best for your trading style.

With that said, you can use volume to help you make better decisions when trading cryptocurrencies. If you see a big difference in volume, that’s usually a good time to buy or sell.

Is it necessary to learn candlestick crypto patterns? 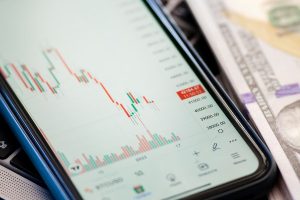 Yes, it is necessary for traders to know about candlesticks. As Bitcoin has fallen to its lowest price in 18 months and it might dip more. By understanding the patterns, you may take some informed decisions that will help you to trade and earn in a better way.

How to Interpret candlestick patterns

The bull pennant candlestick pattern is a three-candlestick bullish reversal pattern that forms after a prolonged downtrend.

The first candle is a long bearish candle that closes near the lows of the day.

The second candle is a short-lived rally that forms a small bullish candlestick that gaps higher.

The third candle is a bullish candlestick that closes above the highs of the second candle, confirming the reversal.

Traders usually enter into a long position on the close of the third candle and place their stop-loss orders below the lows of the first candle.

The target for this trade setup is typically equal to the height of the flagpole, which is measured by subtracting the low of the first candle from the high of the third candle.

There are a few different ways to interpret this pattern, but the most common is to look for a break above the upper trendline of the wedge. This signals that the buyers are now in control and prices are likely to continue moving higher.

However, it’s important to remember that this is just a potential signal and not a guarantee. Prices could still move lower if the break does not occur or if buyers fail to maintain control.

There are three main components to the pattern:

This is formed when the price creates a new high, but then quickly reverses and falls back below the previous high.

This is formed when the price creates another new high, but then once again reverses and falls back below this level.

This is created when the price makes a final attempt to reach new highs, but once again fails and falls back below the previous high.

When interpreting this candlestick pattern, it’s important to  look for a few things

Once you’ve identified a valid head and shoulders pattern, you can enter a short position at the neckline (the level where the left shoulder and head meet). Your stop-loss order should be placed above the right shoulder, and your target can be set at the support level. 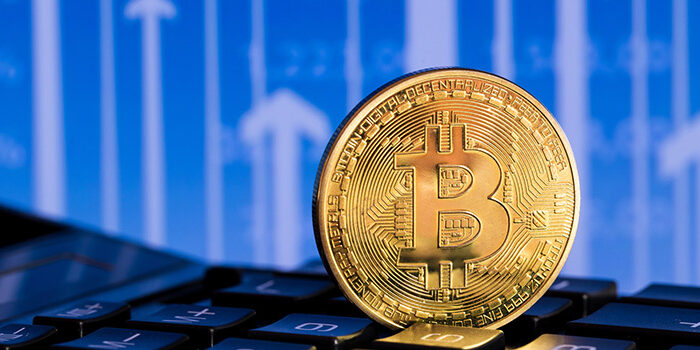 Will Bitcoin React to The Economy and Show Upward Trend?