There are only 2.5 million Bitcoins left to mine! What will happen next?

There are only 2.5 million Bitcoins left to mine! What will happen next? 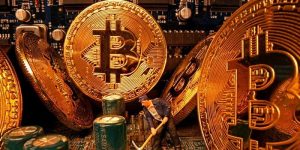 The circulating supply of Bitcoin (BTC) has reached over 18.5 million. It means that 88 percent of the Bitcoin total supply has mined. Only less than 2.5 million or about 11.9% are left. ChartBTC tweeted that within the next four years, half of the remaining 2.5 million bitcoin will be mined.

On May 12, the last Bitcoin halving took place and decreased block rewards from 12.5 to 6.25 BTC per block. This halving will continue to occur every four years until the lastest satoshi, the smallest unit of Bitcoin, is mined. Bitcoin has 21 million fixed supplies. There will be no new Bitcoin after the last Bitcoin mined. Experts point out that by 2140, 21 million BTC will have been mined. However, no one knows how this will affect the Bitcoin price in the market. 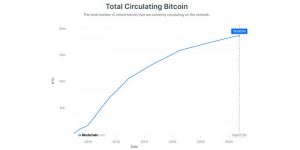 How many Bitcoins have been lost?

Not all coins can be actively traded. Because a fair amount of Bitcoin is lost.

What will happen when it’s all mined?

It does not mean that the mining industry will end, even if the 21 millionth Bitcoin mined. In addition to block rewards, there are transaction fees in the Bitcoin network. These transaction fees will encourage the miners to continue their business.

Institutional demand for Bitcoin has been steadily increasing since early 2020. According to the latest research, institutional investors want to enlarge their Bitcoin reserves. Even if in short-term price drops.