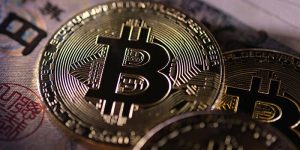 The last 24 hours have been difficult for Bitcoin as the benchmark cryptocurrency has seen a hard sell after its price surged to $ 13,800. At this price level, significant selling pressure came quickly. Bitcoin has seen a strong overnight sell-off, which wipe out most of the gains it has made in the past few days.

The largest cryptocurrency by market value started October with 10,780 dollars. With the positive news of the series that continued throughout the month, the price increased to 14,100 dollars.

In October, the major payment company Square Inc. announced that it had purchased $ 50 million of Bitcoin, and this development had a great impact on mainstream media. The price, which gained momentum with Square’s Bitcoin purchase, continued to climb after PayPal announced that it would launch its cryptocurrency trading service.

Bitcoin closed its bullish trend during the month at $ 13,816. This level was the second record monthly closing level for Bitcoin since December 2017.

What’s Next For Bitcoin Price?

While sharing his thoughts on Bitcoin’s current outlook, another analyst stated that there are still many factors working in the bulls’ favor. He explained that a premium seen while looking at spot BTC indicates that there is large retail, corporate, and institutional demand.

Whether it can find support around its current price should provide important information about leading cryptocurrency’s short-term outlook.

ETH broke the 385 USD resistance level and even traded above 395 USD. The price is currently trying to raise above 400 USD. The 392 USD is the initial support level. To continue higher, the price must rise above 400 USD and 405 USD.  Weekly main supports are seen at 380 USD and 372 USD.

XRP price is now struggling near the 0.242 USD level, but the main weekly resistance is near 0.245 USD.

According to Coinmarketcap data, at the time of writing, Bitcoin price is currently trading over $ 13,511. Ethereum has recovered above 386 USD, XRP struggling to break the 0.236 USD resistance.