What Is the Lightning Network? How Is It Useful to Users?

Let me explain what is the Lightning Network. Bitcoin was the pioneer in the cryptocurrency environment, and its ideology serves for people’s attitudes about being free and trustless in the payment process. The creators may not think that the community would grasp Bitcoin intensely, more than they thought. After 12 years of publishing the whitepaper of Bitcoin, Satoshi would not think about so much popularity of it or the worth of BTC as currency. Now Bitcoin leads the market worth more than 10 thousand dollars. Getting wild acceptance brought up new hardships for Bitcoin. As more people engage in the payment system, the initial bitcoin standards did not keep up with the trend and needed improvement.

The critical problem was the speed of transactions and a high fee for the transactions. Transaction per second (TPS) is 7 for Bitcoin Core (BTC). If we compare it with Visa, which has more than 64000 transaction capacity, we can see that Bitcoin is so much behind being the universal payment method. Bitcoin Cash (BCH) improved this number to 61 TPS, but it was not massive development.

Besides transaction speed, another issue is the high transaction fee. If there are so little capacity and so much demand for it, then people will pay more transaction fees to record their transaction in the blockchain. Without development, Bitcoin seems to be at the dead end. People are not ready to pay a high charge or paying a low fee and waiting days to be included in the blockchain. The life-saving improvement is considered as the Lightning Network.

What Is the Lightning Network?

Lightning Network is a layer on top of the Bitcoin blockchain. Here transactions are off-chain, meaning they are not on the Bitcoin blockchain. People pay fees even for an insignificant amount of payments, and when they sum up all the charges, then it becomes significant. Since, in the Lightning Network, your transaction is not on the bitcoin chain, then it is not processed by the nodes, and no transaction fee is needed. So, if you do not wait for validation, then you do not need to wait. If we put in simple words, we do not need to record every transaction that occurs between 2 parties frequently when they buy bitcoin or trade. Instead, we record the first and closing transaction between parties. Let’s dive into the topic.

How Does Lightning Network Work?

As we said before, Lightning Network is an additional layer on Bitcoin. The purpose of using Bitcoin blockchain as low as possible to avoid extra time and money. Let’s use an example to explain the topic. Here there are two transacting parties. Imagine they are you and your friend. You have some ongoing business activities that use Bitcoin as a payment system for your financial activities. You make hundreds of transactions during a specified period. So here the Lightning Network comes in. Both of you create a bidirectional payment channel between you.

How to create a payment channel? The initial step is adding an on-chain transaction. Before that, individuals need to create a multi-signature wallet by investing some amount of bitcoin in the wallet. For example, if individuals have five bitcoin each, they fund those bitcoins to the wallet. During the activities, they exchange funds. Exchange of funds can only happen if both of the private keys are current. If you end the partnership with your friend, you need to terminate the payment channel. Both of them update their last balances and get their net amount of funds, and sign with their private key. Then they broadcast this to the Bitcoin blockchain.

Who Developed the Lightning Network?

The concept of the Lightning network was the idea of Joseph Poon and Thaddeus Dryja. They proposed this idea in 2015. You can read the whitepaper here. Since the creation, many companies and teams have worked on improving the protocol. Major developers are Lightning Labs, Blockstream, and ACINQ. Each one of them working on specific features of the network. Blockstream works on C-Lightning, which improves performance and extendibility. Lightning Labs works on Lightning Network Daemon written in Golang. ACINQ works on improving the scalability of Bitcoin.

Lightning Network proposes some great features for users and the community. Transaction speed will be higher than the original blockchain because nodes will not record every transaction on the blockchain. Transaction fees will be less or no charge during the transaction. With the concept, this will resolve the scalability issues. Reportedly, millions of transactions can occur in seconds, before it was just seven TPS. This concept will allow atomic swaps between blockchains. Parties can send funds from one blockchain to another without trusting exchanges. LN will improve security and anonymity problems. Considering that lots of transactions will be off-blockchain, then malicious parties cannot track transactions.

LN has some drawbacks too. This network looks good on paper, but it is still not wildly used. We can judge it after it sufficiently operates. Channel technology is complex, and if your transaction passes through many channels, then transaction fees can add up. It is not beneficial for users. We can point out again that Lightning Network does not work full and still in the beta stage. The pros and cons of the network are the expectation of how it will work.

It seems that Lightning Network will be a panacea for many issues that Bitcoin experience. Shortly, this network will work on practice, and we can conclude about it then. Nevertheless, we can hope that Lighting Network is the technology that can solve the scalability issue. 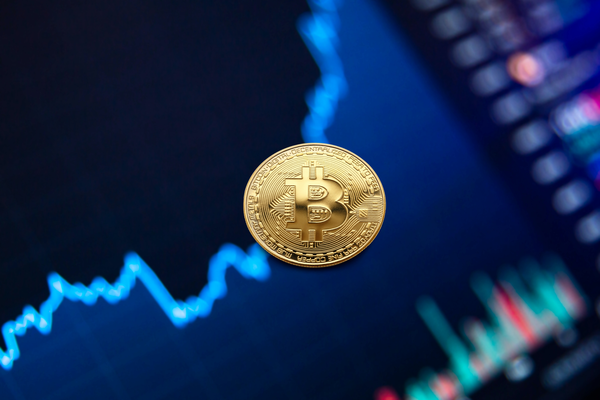 How to Short Bitcoin in 2022: Updated Strategies