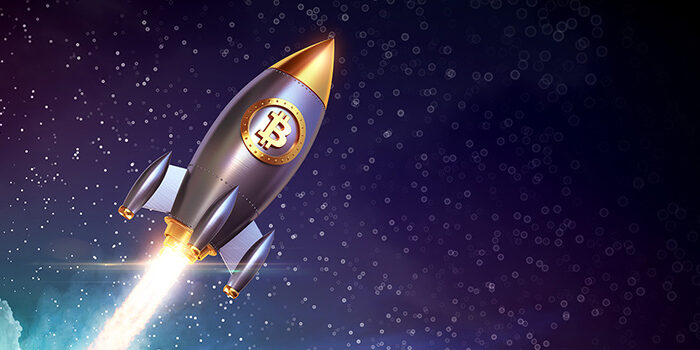 While anticipation has increased in the last few states in the US, where ballots are still counting, Bitcoin (BTC) is breaking records.

The last few days have been exciting for the cryptocurrency markets. Despite the uncertainty of the 2020 US Presidential Elections, traders in the crypto markets took the elections with ease, even optimism. As a result, Bitcoin’s rising price broke several records in this process.

The bitcoin price rose from $ 13,700 to $ 14,000 after the first results from the USA. After a tumultuous trading day, the cryptocurrency experienced a new high for 2020. Bitcoin price has surged to a record high for the past three years.

For the moment, Bitcoin is on a steady rise, and nothing seems to be stopping it. At the time of writing, Bitcoin (BTC) is trading slightly above the $ 14,486 level. The leading crypto rose to a high of $ 14,492 during the day, according to data provided by CoinMarketCap. 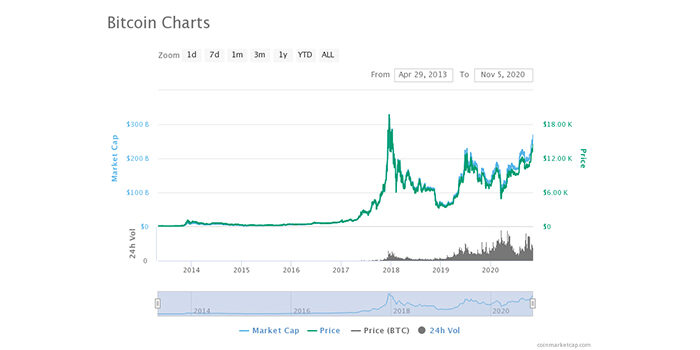 Even though America still doesn’t know who will be president, the crypto market is responding positively. After Bitcoin surged to $ 14,265 and broke its highest level since January 2018, many cryptocurrencies in the market have increased. Including Ethereum(ETH), Litecoin(LTC), XRP, and Dash.

Bitcoin (BTC), the largest cryptocurrency, broke another record with its performance in the last three months. Since June 27, the leading cryptocurrency has managed to stay above $ 10,000.

Looking at the latest charts, it can be seen that the BTC / USD pair has been holding above $ 10,000 for 100 days. This shows that Bitcoin not only reached a new record but also broke the record in the 2017 bull run.

On the 4th of October, Bitcoin accomplished to stay above $ 10000 for more than 100 days and break the record.

Recently, it is questioning how the results of the US Presidential Election will affect the leading cryptocurrency. According to some analysts, Bitcoin is an asset above politics. For this reason, the expected rise in Bitcoin may occur regardless of the election result. Whatever the outcome, crypto traders have convinced themselves that “this will be good for Bitcoin.”