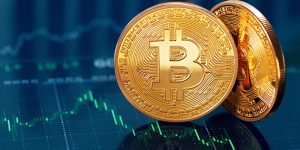 Finally, the price of leading cryptocurrency Bitcoin(BTC) has surpassed the $ 12,000 level for the first time since September 1. Bitcoin’s daily graph shows a strict breakout above $12,000. According to CoinMarketCap, at the time of writing, Bitcoin stands around $12,357. The price has increased by 4.88% in the last 24 hours, and an 8.34% increased in the seven days. Bitcoin’s price is showing many positive signs right now. It has remained steady above $ 12,000 over the past few hours. 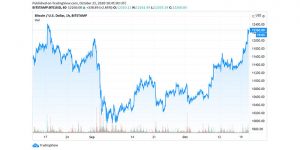 What Do Analysts Say?

BTC trading above $12,000 for the first time in more than two months. The leading cryptocurrency has remained bullish for quite some time now, according to the crypto analytics company Glassnode. However, without decoupling with traditional financial markets, the cryptocurrency may not see significant growth. Simon Peters, an analyst of investment platform eToro, used the following statements about the recent surge of Bitcoin.

“Before investors look to the next bull run, we need to see the price remain above $12,000 for an extended period of time. Then investors should look to $14,000 as the next target.”

Director of Digital Capital Management, Tim Enneking, also spoke about current growth and described the $ 12,000 level as “the mother of all resistance”.

“Over the past five months or so, $12k has proven to be a barrier, and resistance grows ever stronger as the BTC price bounces off of it.”

What Does This Indicate For Altcoins?

In the last 24 hours, Bitcoin (BTC) price finally surpassed the $12000 level. While the latest developments are profitable for Bitcoin in terms of both price and market dominance, the same thing cannot be said for altcoins. Most of the altcoins were stagnate as Bitcoin started to grow. At the time of writing, Bitcoin dominates the entire cryptocurrency market with 61%, while altcoins struggle with 39%.

The second-largest cryptocurrency Ethereum (ETH) has lost more than 20% of its value in the past two months. However, it is believed that the upcoming Ethereum 2.0 update will provide the necessary support for the bulls. At the time of writing, Ethereum is trading at $ 381. 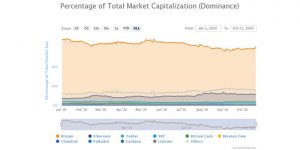 This is one of the rare times when Bitcoin is trading significantly, and altcoins are staying behind. It is still unclear how Bitcoin’s price will fluctuate over the next few weeks and whether today’s price action is just a chance or not.

Crypto Compare: Binance Drops Out Of The Top 10