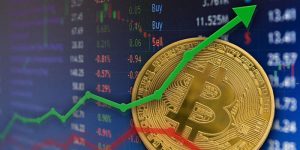 “Bitcoin Difficulty Ribbon Compression trending up and broke out of the green buy zone for the first time since March. Historically, these have been periods characterized by a positive momentum indicating significant $BTC price increases.”

“Difficulty Ribbon” is based on metrics made up of simple moving averages of bitcoin mining difficulty. It is one of the on-chain metrics and created by cryptocurrency analyst Willy Woo. The indicator developed as a way of measuring the best times to buy bitcoin. It points out to opportunities to buy BTC through miner sales. Historically, periods of high strip compression, such as the current situation, have been characterized as good buying periods.

While miners are mining new BTCs, they are selling some tokens to pay for the costs. This situation creates downward pressure on the price. Later, the value rises due to the lack of miner selling pressure, and then growth occurs. 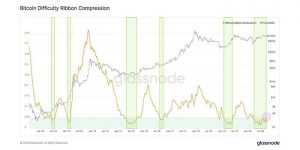 Followed this ribbon compression breaking out of the green zone, there have been several significant price increases over Bitcoin’s lifetime. The most recent happened around April 2019. The BTC price rose from below $ 5,000 to over $ 13,000 in three months.

As a result, longer-term on-chain analysis, such as the difficulty ribbon, predicts that Bitcoin’s future price action will be in an upward direction.

Another Billionaire Has Joined the Bitcoin Investors Line