BTC Has Doubled Prices Since the Last Half, Forming an Uptrend

BTC Has Doubled Prices Since the Last Half, Forming an Uptrend

Bitcoin (BTC) continues the upward momentum it has developed in the last few days. Price is forming an increasing trend since the halving in May.

Bitcoin is still showing a bullish sign, and a close above $18,200 could start a new uptrend. According to CoinMarketCap data, the Bitcoin price is trading at $ 18,743 at the time of writing. The leading cryptocurrency has surged 3.61% in 24 hours and 16.23% in a week.

Bitcoin price is making an incredible bull run towards breaking a new record, targeting a three-year high. Bitcoin has doubled in price since experiencing its third halving in May. It looks like the leading crypto will test its all-time high price of $ 20,000. Liquidity levels and stock flows have changed significantly since the halving, according to a November 19 report by crypto analytics firm Chainalysis.

The firm described illiquid or investor-held Bitcoin as “wallets that sent less than 25% of the Bitcoin they have ever bought.” On the other hand, the remaining wallets were classified as either liquid or trader-held Bitcoin.

According to the data, currently, the amount of liquid or investor-held BTC is similar to that during the 2017 bull run. But the amount held in illiquid wallets controlled by investors is much higher and represents 77% of the 14.8 million BTC not classified as a loss, meaning it has not been moved from its current address for five years or more. Chainalysis estimates that the number of Bitcoins currently liquid could be as low as 3.4 million.

Why Is This Bitcoin Rally Different From 2017?

The main difference is who and why bought Bitcoin in these two different periods. In 2017, most of the BTC requests came from individuals and individual investors who have had varying degrees of experience and knowledge in cryptocurrency who have bought it with their funds. The year 2020 has developed with a head start in terms of Bitcoin. Unlike 2017, more corporate dollars started flowing into Bitcoin this year. High-profile investors such as Paul Tudor Jones, mainstream companies such as MicroStrategy, Square, and financial institutions have turned to Bitcoin.

Chainalysis pointed to the increase in high-value transfers from exchanges this year as further evidence that institutional investors have been entering the market more than in 2017. The report states:

Exchanges have sent 19% more transfers worth $1 million or more in 2020 while Bitcoin’s price has been over $10,000 as compared to 2017. That suggests that the individuals behind these transfers have more money to spend, as we would expect when bigger investors get involved. 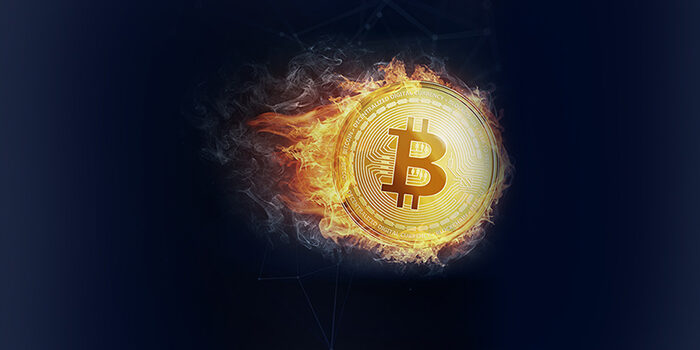