The frantic interest in popular meme cryptocurrency Dogecoin (DOGE) continues at an enormous pace. So much so that the statement “Buy $ DOGE” recently appeared on a billboard in Broadway Times Square, where the advertising slogans of leading brands such as Coca-Cola, Netflix, Disney, M&M featured.

With the support of notable people, especially Elon Musk, DOGE has rallied over 1000% since the beginning of the year. Named as the “dogecoin CEO,” Elon Musk constantly supported his favorite cryptocurrency on Twitter. “Doge is underestimated,” he tweeted. In addition to the significant support from Musk, Dogecoin recorded the most striking increase with the pump from r / Wallstreetbets.

The coin, which created a well-known trend, also entered the radar of an automotive company from the USA. The Daytona Nissan dealer announced on February 9 that it begins accepting DOGE as a payment option for car sales. The announcement made by the Florida-based dealer came with DogeCoin (DOGE) performing notably well in the market. 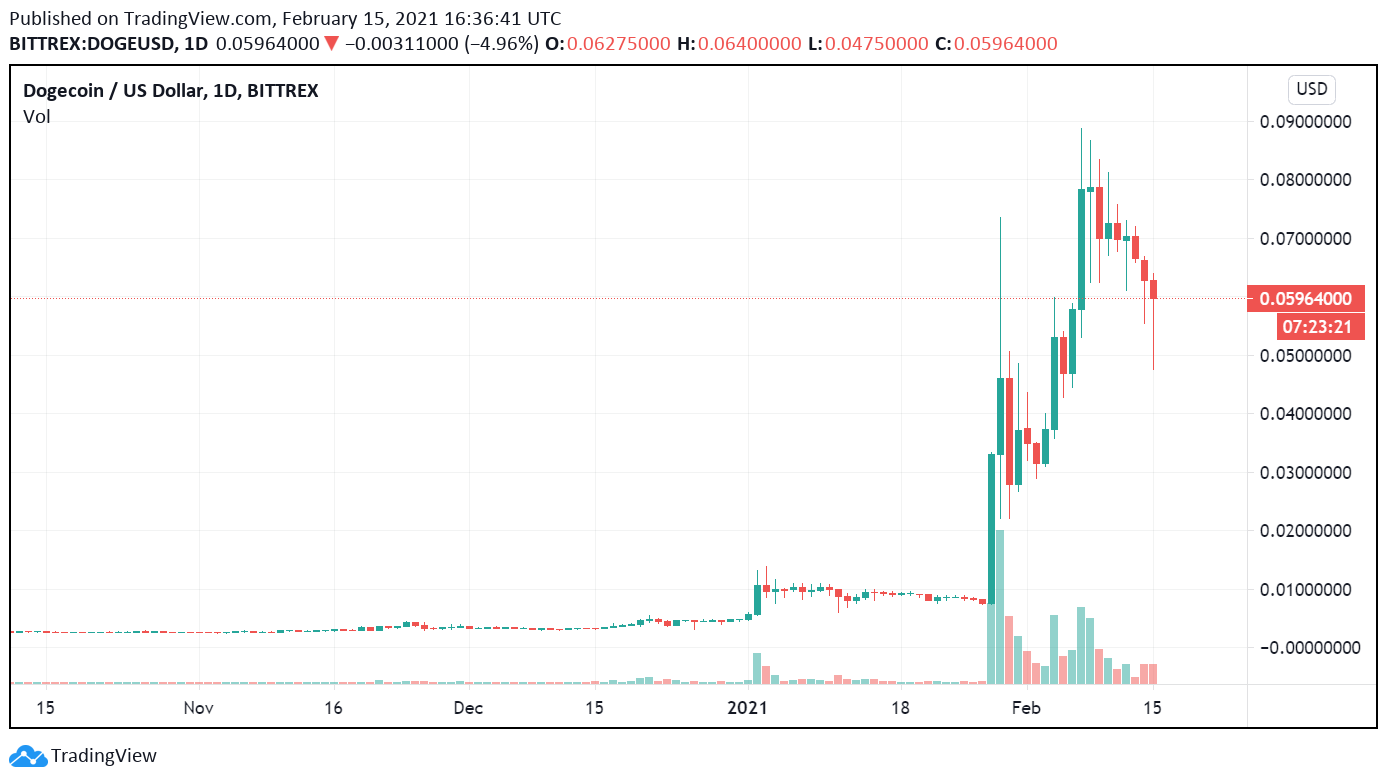 “Doge is Bitcoin’s younger brother. They have the same potential. It’s still early.

Developers Are Planning To Upgrade the Software

While the price of Dogecoin has increased significantly since the end of January, developers who long ago abandoned the cryptocurrency are back and are planning to upgrade the software.

“When it took off there was a resurgence in attention, and we want to keep the currency operational.”

Launched in 2013 as a Bitcoin parody, Dogecoin has never been seen as a serious investment. With its surge in February 2021, the founders turned their attention back to Dogecoin again. Along with four other developers, Nicoll is now preparing to roll out another major release to address the scalability and security issues of dogecoin.

“We’ll always prioritize security. I’m not going to say that [development] won’t slow down again, but we will always be there looking for security issues to make sure the software is kept up to date.”

Dogecoin has continued to gain in value despite Elon Musk saying it will support the sales of Dogecoin (DOGE) whales. The fact that Elon Musk’s tweets about cryptocurrencies including Bitcoin cause a continuous rise in the market arouses excitement in the community.

Yearn.Finance Continues to Merge with the Other DeFi Projects