No Surge In XRP Price Despite The Support From BitPay. Is There Any Hope For Ripple Holders?

BitPay is one of the major cryptocurrency payment processors, and it has recently entered a partnership with Ripple’s investment extension, Xpring to support XRP for payments.

This announcement was made on 2nd October with a press release that informed people that now various businesses would be able to accept XRP as one of the payment methods via BitPay. As a part of this partnership, BitPay is integrating the developer platform Xpring on BitPay Wallet.

In another announcement, Xpring mentioned how global companies could accept XRP with the help of BitPay. In other news, the monetization platform Coil has also started accepting XRP payments by joining hands with the payment gateway GateHub. It allows users to convert the funds received in XRP into euros, US dollars, Bitcoin, and Ether.

In August, a grant worth 1 billion XRP( approximately $265 million) would be given to Coil to build an ecosystem consisting of creators, developers, companies, and non-profits that use XRP through Web Monetization.

BitPay underwent a security and confidentiality compliance review called the Service Organization Control 2(SOC 2) on 30th September, and it passed the review. Being the third largest coin in terms of market capitalization, XRP is facing some trouble in maintaining a stable trend within the market.

The recent decline in the price has taken the price from the previous month’s high of $0.31 to $0.24. Currently, XRP is facing trouble to hold a bullish trend in the market; however, the weekly chart has shown a slight gain of 2.33% in the value. It looks like even the support from such major exchanges from the crypto industry has not affected the price of XRP in any way. 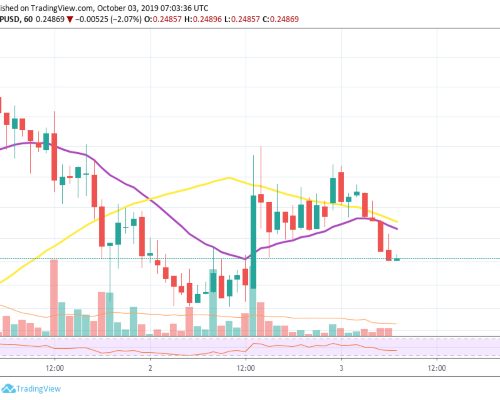