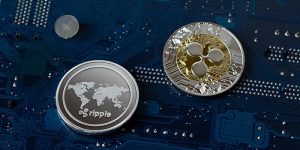 Co-founder of Ripple, one of the money transfer platforms, complains about jurisdiction in the USA and want to move a crypto-friendly country.

Chris Larsen, co-founder and the Executive Chairman of Ripple, talked about the jurisdiction in the USA, and according to him, the regulations are not favorable for them. He answered questions in the interview at the LA Blockchain Summit to reporter Jeff John Roberts.

During the interview, he talked about broadly comparing China and the USA. He mentioned that the USA is behind the revolution of Financial Technology, which will be wildly available over the world. Also, he stated that the USA has always been one of the major players in the finance sector, and it is weird that they do not give support to cryptocurrencies. He talked about China very insistently. He asserted that China and the USA are in the cold war of technology, which are the blockchain, AI, and big data, and China has recognized the importance of those technologies. He also admires the investments made by China to the various technologies and blockchain tops to $1.4 trillion, and it is impressive.

Chris Larsen talked about China broadly. He mentioned that Chine even created digital Yuan. Also, they control Bitcoin mining by about 65%, and it causes an advantage for them. At the end of the talks, he gave a message that if you want to be in this business, you probably should be going somewhere else.

“To be honest with you, we are even looking at relocating our headquarters to a much more friendly jurisdiction, you know, lots of them — UK, Switzerland, Singapore, Japan — and that’s a shame. So, we’ve got to change up here, or we’re going to lose our leadership, stewardship, of the global financial system. That would be a tragedy for the USA.”

Currently, the headquarter of Ripple is in San Francisco, California. We can infer that he is too serious about his statements and making evaluations about the possible location and giving reasons for why the USA is not suitable for fintech.

After Weekend Rally Slowing Down, BTC Steadies Near $ 55k