The Adoption of Bitcoin is Still Low In the USA 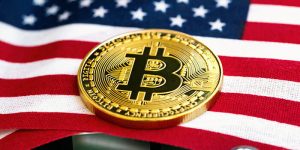 According to the survey data at Statista showed that only 7% of the USA citizens had previously used Bitcoin, it is low for the country.

Dan Tapiero, co-founder of 10T Holdings, shared this survey data on its Twitter account. Data shows that citizens still hesitate about bitcoin. Tapiero mentioned that Bitcoin is still in the ‘birth’ stage as a new form of asset in the USA.

The important thing is how will be the further development of BTC in the USA. Bitcoin has great potential to be utilized for various purposes. Bitcoin considered as digital gold by many investors, and it could be the triggering factor for many people to have and hold this cryptocurrency.

It’s still so early for #bitcoin

Still at the birth of a new global asset class. pic.twitter.com/pIliolyFpS

How Can Bitcoin Get Wide Adoption by Crowds?

If we talk generally, the majority of funds for Bitcoin comes from people who invest in Bitcoin as digital gold. With the help of that feature, Bitcoin can put itself as reliable and precious assets to the minds of investors. The companies also buy Bitcoin in mass amounts to hold it as gold. MicroStrategy and Stone Ridge bought $425 million and $110 million worth of Bitcoin, respectively. However, retail demand for Bitcoin still low.

The USA also is not so much interested in Bitcoin as China. The co-founder of Ripple, Chris Larsen, also complains about the investment of the USA into the sector. In the previous interview, he talked about their intentions about moving the company’s headquarter to other more Bitcoin-friendly countries. Even though the USA follows China in the list, China puts more effort than the USA does. Also, incentives for the sector could result in greater attention from the crowd. The government can lax the regulation of Bitcoin. So, the endeavors of the USA could be the leading factor to appeal to retail demand to Bitcoin.