All the Miners Will Be in Central Pool in Venezuela 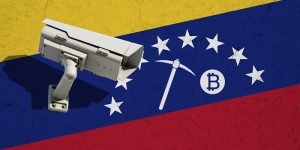 Venezuela is one of the countries that begin the national cryptocurrency project. They want to legalize bitcoin mining.

Venezuelan government enacts a law to legalize bitcoin mining. Recently, the National Superintendency of Crypto Assets and Related Activities (Sunacrip) issued a decree about this matter, and the government now legalized it. According to the law, the National Digital Mining Pool (NDMP) will regulate all miners. It means that the government will create a national pool of miners. They will gather all the miners in the territory of Venezuela. According to the official of Sunacrip, they will provide a license for the miners, but the price of the mining license is unknown.

The decree reportedly states that miners have to inspected by the Sunacrip:

“The authorities will supervise both the creation and importation of mining equipment. Similarly, mining farms for bitcoin and other cryptocurrencies will be able to operate with the support of the State, but only if they are inspected by Sunacrip.”

But it could be not the miners want. If the government manages the mining pool, then they will decide the rewards inside the mining pool. It could be a disadvantage for miners. If they do something not proper, managers will not send mining rewards.

In July, the Venezuelan government banned bitcoin mining for some people because of using electricity more than they should. Also, the government arrested 315 Bitmain Antminers. However, it seems that the government changed its mind towards mining. According to the degree, they want miners who use ASIC equipment for mining. It appears that now electricity is not an urgent concern during hyperinflation.