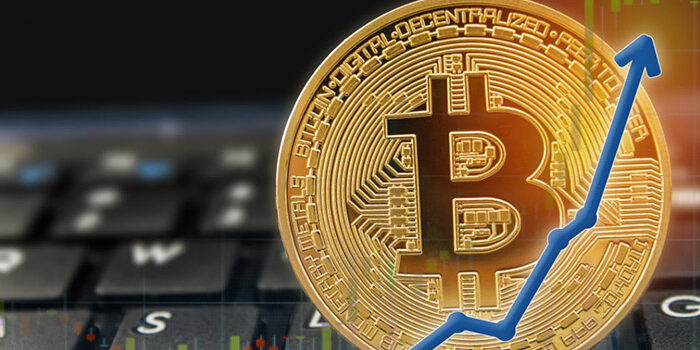 Bitcoin is determinedly moving towards $15k. As the election comes to an end, the price increases. During the last two days, it hit $14k.

How Did the Price Increase to This Level?

During the pandemic, all areas of the economy were affected negatively by the Covid-19. We know that the US economy influences Bitcoin. The pandemic hit US markets in February and March. During that period, Bitcoin showed weakness too, and it decreased to $4800. After that period, with the support of the US government, the economy began to flourish. Monetary support of the US government caused an increase in the price of Bitcoin too. Consistent upwards move continued to this time. Bitcoin hit the highest price of 2020- $14780 on 11 November. We can notice that during nine months, the value of Bitcoin increased by about $10k. It was a significant boost by the Bitcoin side. Now the price of Bitcoin is $14950. If these trends stay as it is, then it can gain value to $20k.

Experts say it is due to the presidential election in the USA. Donald Trump has an anti-China position. Joseph Biden will be the president then this position may not continue. Why is it important? Because many Bitcoin mining process happens in China. Also, controversies about the election heat the price of Bitcoin. In the context of these, Bitcoin gains value. 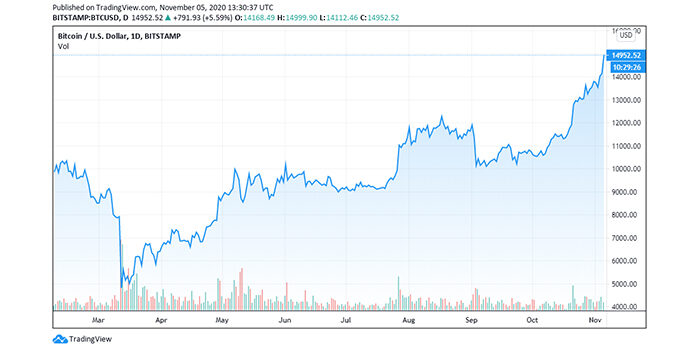