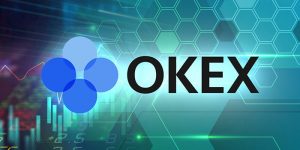 Major Bitcoin and cryptocurrency exchange OKEx announced in the earlier today that it has suspended withdrawals. After the reacting news, Malta-based crypto exchange OKEx made an announcement regarding the issue. In the announcement, the exchange stated that such a decision has taken because one of the private key holders “is currently collaborating with a public security bureau in investigations.”

“One of our private key holders is currently cooperating with a public security bureau in investigations where required. In order to act in the best interests of customers and deliver exceptional longtime customer service, we have decided to suspend digital assets/cryptocurrencies withdrawals as of [October 16, 2020, at 11:00 (Hong Kong Time)].”

Even though the headquarter is in Malta, OKEx is targeting the Asian market and serving Chinese investors. OKEx is one of China’s three largest cryptocurrency exchanges. Others are Huobi and Binance. After this announcement made by OKEx, there was a decrease in the crypto market. According to CoinMarketCap data, OKEx’s native token, OKB, has lost value of 11 percent in the last 24 hours.

A few hours before the announcement, Whale Alert shared that there were several large transfers of Tether(USDT), Tron(TRX), and Bitcoin(BTC) between OKEx and unknown wallets. Whale Alert is an on-chain transaction monitoring service.

OKEx says they have not been able to contact this private key owner since they started collaborating with the authorities. Later, cryptocurrency exchange CEO Jay Hao made a statement to Weibo. In the given statement, he said that the investigation which opened against the official had no connection with the OKEx. Besides, he adds that the reason was entirely personal.

“Please be assured that the company, operation, and business are not impacted. It’s a matter of a private key holder’s personal issue, which is why we suspended withdrawal.”

OKEx guarantees the public that cryptocurrency withdrawals can continue as soon as the keyholder authorizes the transaction in question. Following statements had also included in the announcement made by the company:

“We assure that OKEx’s other functions remain normal and stable and the security of your assets at OKEx will not be affected. We will resume digital assets/cryptocurrencies withdrawals immediately once the concerned private key holder is able to authorize the transaction.”

Following the news, rumors spread about the OKEx on China’s giant social media platforms such as WeChat and Weibo, and panic occurred.