This Level may be the most critical; The fall of BTC to $9k

The bullish market has been observed for several days. Thus, Bitcoin rose at a fast pace, rising from $9400 to $9800 within a few hours. 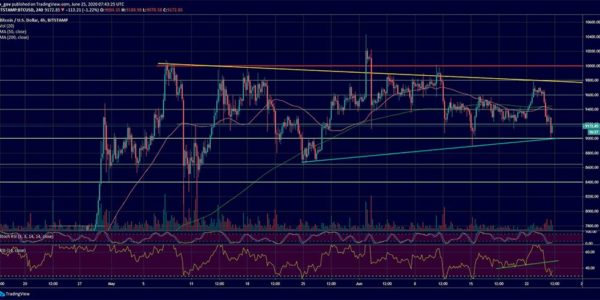 This level created an additional line in the descending trend-line, which is marked in yellow on both charts below. It is expected that it will fall even lower and the moment when this will happen remains in question.

The Collapse of World Markets on Wednesday

The question is, how bad is it? Looking at the chart below, we can note a clear higher-low trajectory, which is textbook bullish. 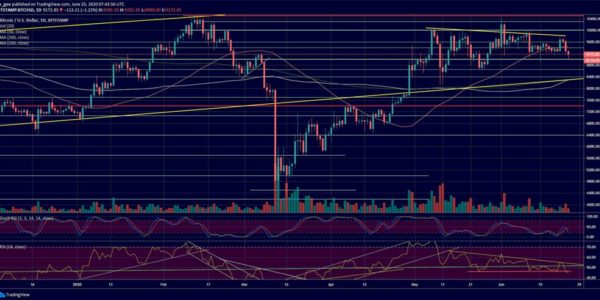 The lowest figure was recorded on June 15, when the price was $8,900. There is a downward trend, moreover, the price will reach $8,900. It is also expected that after reaching this indicator, a decline to the level of $8000 is possible.

According to the indicators, the daily RSI is not at the best level right now. Compared to March 2020, it has fallen below the critical level (below 50), and below the red line of defense (below 46).

Trading volume: The highest trading volume was recorded yesterday afternoon. This indicator is the highest by compare levels starting from June 15. Now sellers are more serious because of the constant decline since the beginning of May.

The critical level is considered, as noted above, between $8900 – $9000 (on the 4-hour chart and it is shown as a blue ascending line). If it goes down to this point, the price is expected to return to the previous level again.