What Is the Relative Strength Index (RSI)? How to Use?

What is the Relative Strength Index (RSI), a most popular indicator frequently used in technical analysis, and more importantly, how does it work? Investors and individuals who want to better understand technical analysis are often confused in interpreting the relative strength index.

The Relative Strength Index (RSI) is the most powerful technical indicator used in financial technical analysis including, the cryptocurrency market. RSI is used to measure the performance of the stock in a certain period. It is a versatile momentum-based oscillator, using to measure the velocity of directional price movements and the magnitude of the change.

The relative strength index emerged in 1978 with the release of J. Welles Wilder Jr.’s book “New Concepts in Technical Trading Systems.” So, the creator of this index is John Welles Wilder, a former mechanical engineer, and real estate developer. John Wilder quit his job in the early 1970s, focusing his efforts on the financial market and technical analysis. Although he started trading stocks around 1972, things did not go as he hoped. Therefore, Wilder decided to compile his trade research and experience into mathematical formulas and indicators. He published his famous book in 1978. Thus, the RSI indicator, which is a valid indicator of price movements, and measures the velocity and magnitude of changes in stock price developed. The index, which emerged in 1978, is still used today as a convenient reference for many graphic artists and traders.

How Is the Relative Strength Index (RSI) Calculated?

RSI is based on a simple mathematical formula that requires only one input parameter, namely the number of periods to be considered. RSI is calculated by dividing the price of the financial asset over certain periods and examining it. Wilder says in his book that it is better to choose the number 14 for the best results. Depending on the selected period, the price of the analyzed asset is divided into 14 weeks, 14 days, or 14 hours. The average of up closes over that period is divided by the average of down closes over the same period and then plots data on a scale from 0 to 100. Losses are expressed in absolute values, not as negative figures.

How Does the RSI Indicator Work?

RSI is displayed as an oscillator with a line chart moving between two extremes. Its value moves between 0 to 100, measuring the strength of prices to rise or fall. Between 70 and 100 are considered “overbought “levels, and between 30 and 0 are reflected “oversold” levels. 30 and 70 are displayed as neutral zones, and an RSI of around 50 meant “no trend.” If you want to understand RSI signals when looking at the chart, you should pay attention to two things. The indicator presents “buy” or “sell” data to the investor. The market shows a sell signal when the RSI line crosses 70 and a buy signal when the RSI line crosses 30. It provides a visual average to track the strengths and weaknesses of the stock market, both current and historical.

These ranges of Wilderin have an extra layer. Instead of the traditional 70/30, indicators 80/20 or even 85/15 may also be considered overbought or oversold. This is at the sole discretion of investors.

For over 40 years, the Relative Strength Index (RSI) has been an invaluable and time-tested tool for almost all crucial technical analysts. The relative strength index has managed to become one of the most popular, and functional indicators in the crypto market. RSI is now seen as one of the main tools used by technical analysts all over the world.

The RSI compares the bullish and bearish price momentum and displays the results in an oscillator that can be placed below a price chart. Like most technical indicators, its signals are the most reliable when they fit the long-term trend. It is also worth noting that it is never wise to follow a single indicator blindly. While investing in cryptocurrency, other indicators, the current state of the economy, and financial analysis must be taken into account. 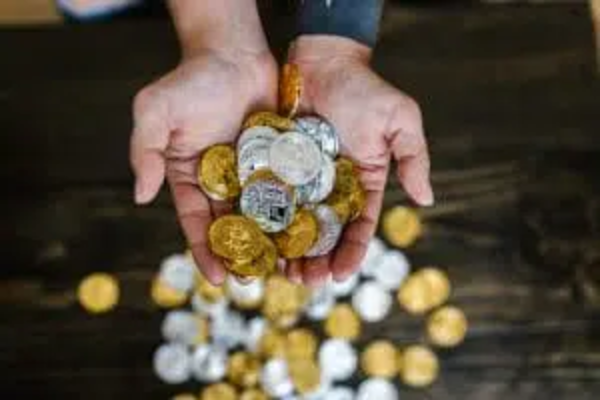 How Can You Buy Real Estate with Bitcoin in Dubai?